When you think of wealthy cities Aalborg may not necessarily be first in mind, but as identified by the International Network of Green Agents, Aalborg may be far wealthier for its size than most people realise. Wealth should not be confused with being rich, but a state in which one has a plentiful supply of desirable things – in this case, talented students both from Denmark and overseas. So as you do your Christmas shopping just remember that one in every four people you pass on the street is a student.

The International Network of Green Agents, known as INGA, has highlighted the wealth in some of the 60,000 higher education students living in the city by creating a partnership with a group of students from Aalborg University. The project showed that students have a great deal of value to contribute to Aalborg’s society and economy, and to assist in the city’s green transition.

This was demonstrated in a presentation by students from Aalborg University last week who delivered eight recommendations providing advice on how to strengthen the ‘gør os alle grønnere’ branding campaign, which aims to shift Aalborg’s identity to one of sustainable behaviours and a low carbon footprint. The pilot program was run by the Centre for Grøn Omstilling (CGO), led by Australian Timothy Shue.

‘I travelled halfway around the earth to learn from Aalborg’s sustainable transition, and now I’ve been given a great opportunity to give something back to the city,’ said Timothy. ‘Because of my background in sustainable cities, I have an ability to see how cities should strategically be positioning themselves for the long-term future. If you ask me, Aalborg should be using the resources in its own backyard, so to speak, and that is one in every four people you pass on the street is a student, so why not start with them?’

The students provided important information to the project. In their recommendations, they highlighted that over 80% of city branding campaigns fail, but they also found that Aalborg has a strong sustainability foundation. They advised that sharing small victories with citizens are especially important to the success of ‘gør os alle grønnere’. In practice, they recommended the municipality stagger sustainability events across the year, complementing the successful Sustainability Festival, which runs once a year, to communicate a more consistent sustainability message.

Additionally, the students identified the ‘gør os alle grønnere’ campaign would pay itself back not necessarily just in monetary terms, but in social capital, the strengthening of communities and empowerment of citizens, overlapping with the well-established Grønne Agenter program which strives also to make living sustainably easier for every citizen.

The challenge with such projects is that their positive impacts, while definite, are difficult to measure, and the students highlighted we should expect returns on investment not to be immediate, but to pay back in the long-term, and in the form of social wealth rather than economic wealth. ‘The future of Aalborg’s success is about identifying its wealth, knowing how to invest in it and knowing in what form the returns will take,’ said Timothy, ‘I encourage both the Kommune and businesses of Aalborg to take a closer look at the wealth in the students who have proven themselves to be high return on investment.’ 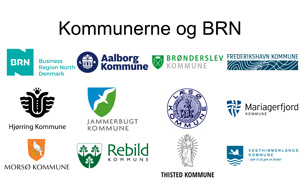 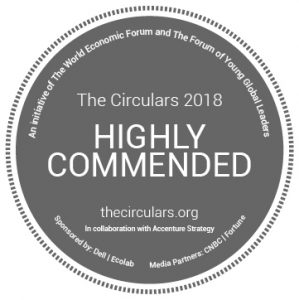